Recenly on Face Book, a chart circulated stating which genre drew readers. It did not take an individual with and IQ of a billion when Romance took the top tier. The least read, Horror. Now the question becomes what happens if you are unable to write romance? That your interest is within one of the genres least read? What do you do?

Finally finished the book trailer for The Darkside. I want to extend a special thanks to Ethan Sharpe for giving permission to use his song “Descension” for this video. 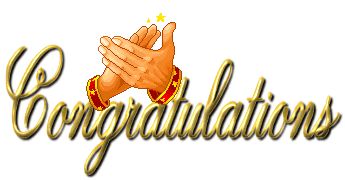 The giveaway conducted on Goodreads for a copy of my book, The Darkside, has officially ended and a winner selected by those who promoted the giveaway! The book will be on its way to them within the next day or two.

I want to take this moment to thank all who entered the contest, as it exceeded my expectations. Also, book sales rose, humbling me beyond words! It felt like Christmas in June. Once more, I extend a heartfelt thanks to all participating in the contest, and those who purchased of The Darkside.

Starting today, May 24, 2017 through June 1, 2017, on Goodreads, enter the contest to receive a copy of The Darkside. Click the link below to enter.

Also, if you are a member of Goodreads, I am conducting a Giveaway from May 24 through June 1. One copy of my book will be given away to the winner. Hope you join in.

Lacy Dawn’s father relives the Gulf War, her mother’s teeth are rotting out, and her best friend is murdered by the meanest daddy on Earth. Life in The Hollow isn’t great. But Lacy has one advantage — she’s been befriended by a semi-organic, semi-robot who works with her to cure her parents. He wants something in exchange, though. It’s up to her to save the Universe.

To prepare Lacy for her coming task, she is being schooled daily via direct downloads into her brain. Some of these courses tell her how to apply magic to resolve everyday problems much more pressing to her than a universe in big trouble, like those at home and at school. She doesn’t mind saving the universe, but her own family and friends come first.

Will Lacy Dawn’s predisposition, education, and magic be enough for her to save the Universe, Earth, and, most importantly, protect her own family?

Rarity from the Hollow is adult literary science fiction filled with tragedy, comedy and satire. It is a children’s story for adults, not for the prudish, faint of heart, or easily offended.

Robert Eggleton has served as a children’s advocate in an impoverished state for over forty years. He is best known for his investigative reports about children’s programs, most of which were published by the West Virginia Supreme Court where he worked from 1982 through 1997, and which also included publication of models of serving disadvantaged and homeless children in the community instead of in large institutions, research into foster care drift involving children bouncing from one home to the next — never finding a permanent loving family, and statistical reports on the occurrence and correlates of child abuse and delinquency. Today, he is a recently retired children’s psychotherapist from the mental health center in Charleston, West Virginia, where he specialized in helping victims cope with and overcome physical and sexual abuse, and other mental health concerns. Rarity from the Hollow is his debut novel and its release followed publication of three short Lacy Dawn Adventures in magazines: Wingspan Quarterly, Beyond Centauri, and Atomjack Science Fiction. Author proceeds have been donated to a child abuse prevention program operated by Children’s Home Society of West Virginia.

Robert continues to write fiction with new adventures based on a protagonist that is a composite character of children that he met when delivering group therapy services. The overall theme of his stories remains victimization to empowerment.

A new solar system. How about aiming for it and leave Mars alone?

My latest novel, Metamorphosis, is now available in paperback on Amazon. Yay!

My son, Erik, is now a published author like his mom. He has a short story in this anthology, entitled “Last Call”.

I am a proud parent!! 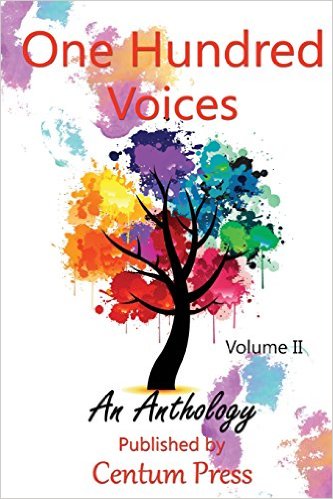 Does anyone know the Statue of Liberty Song? Well here it is.

Give me your tired, your poor,
Your huddled masses yearning to breathe free;
The wretched refuse of your teeming shore,
Send these, the homeless,
Tempest-tossed to me
I lift my lamp beside the golden door!

Not like the brazen giant of Greek fame,
With conquering limbs astride from land to land;
Here at our sea-washed sunset gates shall stand
A mighty woman with a torch, whose flame is the imprisoned lightning,
And her name, Mother of Exiles.
From her beacon-hand glows world-wide welcome;
Her mild eyes command the air-bridged harbor
That twin cities frame.
“Keep, Ancient Lands, your storied pomp!”
Cries she with silent lips.

Give me your tired, your poor,
Your huddled masses yearning to breathe free;
The wretched refuse of your teeming shore,
Send these, the homeless,
Tempest-tossed to me
I lift my lamp beside the golden door!

writes one short story every week