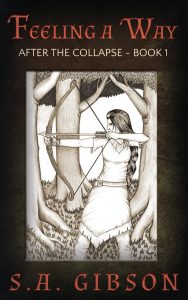 A child has been kidnapped and swordsman William Way must save him, but doing so will not be an easy feat. In this post-apocalyptic world, where new dangers and mysterious happenings lurk at every corner, doing what’s right leads to unimagined threats.

While William’s journey has just begun, Kalapati, an archer for hire, has begun her own quest. But she is charged with delivering a child to a sinister cult leader, bent on taking charge and controlling the lives of all those in the state.

As William and Kalapati fight to complete their missions, they soon come to wonder how their efforts will change their futures. Will they join forces for the greater good or will their allegiances limit the choices available to them? The battle for libraries to control the future of California begins. 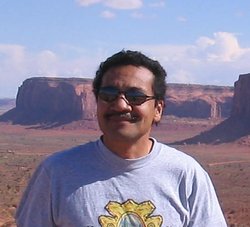 Published author of academic articles and book chapters and post-apocalyptic “woodpunk” fiction, S.A. Gibson turns his passions for learning, artificial intelligence, and human communication into accessible worlds of wonder and fascination. He is most proud of having been active in political actions for peace and justice. He lives with his beautiful wife and their beloved Dachshund-Chihuahua in Southern California, where he is currently producing an academic title on international ethnic conflict.